The building located at the SE corner of Macedon Center Road and Canandaigua Road in the Hamlet of Macedon Center is known as the Grange Building. Around 1868 the Society of  Orthodox Friends built the meeting house. In 1905 the Macedon Grange No. 326 purchased the building. In 1970 it was sold to the Macedon Historical Society. 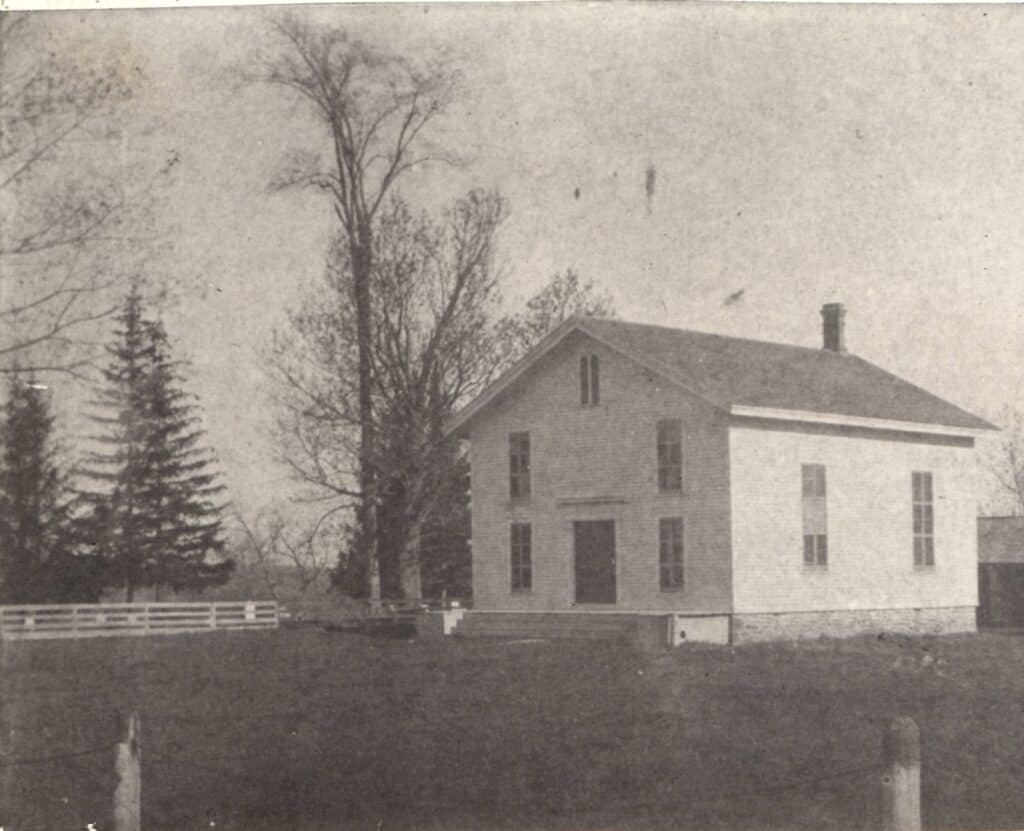 From the Official Directory and History of Wayne County Granges, 1936:
Macedon Grange No.326 was organized April 16, 1875 (corrected date) by Mr. Bradley Riggs of Palmyra. The first meeting place was in the district school, north of the Village. Hiram C. Durfee was elected the first Master (president). Rooms were next rented in the Academy and were shared by the order of "Good Templars." On April 1, 1905, the present Grange Hall was purchased from the Society of Orthodox Friends. A celebration of the burning of the final note on the hall was held February 28, 1914. Macedon Grange in the early years maintained a Patron's Store. The 60th anniversary of Macedon Grange was celebrated April 16, 1935 with appropriate ceremonies .