This Kitchen is gearing up to teach the fine art of cooking and baking.  Macedon Historical Society is looking for donations to update the Kitchen. The electricity has already been updated. 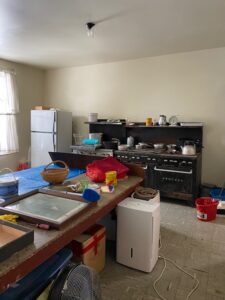 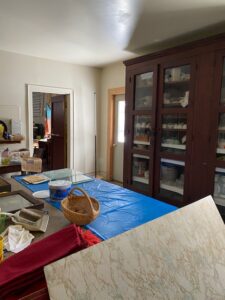 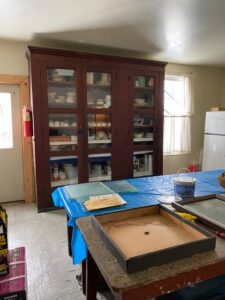 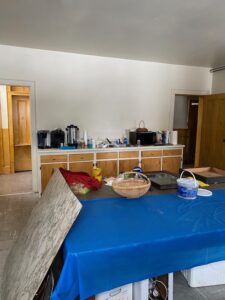 The Macedon Academy opened its doors in 1853 for students to learn and grow. Originally the kitchen was used as the science lab. The large Cabinet is the original cabinet that held the science equipment and supplies. As years went by, the kitchen was used for spaghetti dinners and other fundraisers to benefit the community. The Academy under the direction of the Macedon Historical Society held fashion shows, appraisal sessions, dinners and teas to enrich the community. The years have been hard on the kitchen, aging stoves, refrigerators and limited cabinet space.

Our goal is to renovate the kitchen space to enrich the community with a teaching kitchen. New stoves, ranges, refrigerator, dishwashers, plumbing and new electric will bring the kitchen up to the 21st century with 19th century integrity. The new kitchen will enable Macedon Historical Society to hold sessions on cooking, baking and basic kitchen etiquette and knowledge, partnering with local organizations such as 4-H groups, Scouts, Extensions and the like, the community will benefit with this new resource for education.